The world’s most remarkable and revered audio compressor — available as a UAD plug-in.

Some control over the rate at which Trackspacer adapts to incoming audio would also be handy, especially where you want to use drums as the source signals. Each section has threshold and make-up gain controls, and each can be bypassed independently. Another novel, if decadent, addition is the ability to switch between three different types of audio output transformer: Nickel, Iron, and Steel.

Nickel produces the least coloured sound, with Steel imparting the most character, and you can bypass both compressors and just use the transformer audio path to add colour. There's also generous metering that can monitor either compressor's activity, as well as following the output level. For mastering, both stages would normally be set up for fairly subtle compression; for mixing, the optical compressor is particularly kind to vocals, while the discrete one is ideal for firming up or beating up!

However, it doesn't take long to find your way around, and it doesn't take much longer than that to realise that this is one versatile compressor. For mastering you have to be pretty subtle: By contrast, if you crank up the ratio on the Discrete compressor and drop the threshold, you pass through all shades of assertive and end up at downright slamming.

I've tried numerous compressors that are great at transparent compression and others that offer attitude in spades, but this one really does deliver whatever shade you need, and with bags of style. Does nice things for my drums in a mix when I dial in the attack and release. Maybe a steep learning curve maybe not but worth it IMHO. I'm a big fan of Brainworx plug ins and this one is absolutely amazing.

It can glue, enhance and compress the material and it looks as it sounds. I have never been able to achieve this type of compression before. When i really want to smack something this is what I am using!! Great investment for engineeraudio. To be honest, I was a bit sceptical about this emulation at first because it was not made by Universal Audio and does not use a lot of DSP power. Nothing but prejudices because as it turned out Brainworx made a fantastic sounding plugin with apparantly very efficient programming.

So far I have used it as mastering unit and it does an excellent job on my program material dense electronic music including acoustic sounds. The way it grabs the music is very nice and unique. The unit enhances the material without changing it original tone but if you want to you can even add some color with the transformers. Highly recommended plugin.


I have used a lot of mastering units. I currently use Avalon for my 2buss. With the Tube warmth, the incredible EQ and the very smooth compression this is my main go go. When I had to chance to do the Plugin thing I went for it. I am very happy with all the differen sounds this thing has.

I does not "pump" Use the low pass to keep the lows virtually untouched. I would have loved to see more presets from the pros on different subjects i. Kick drum, Male vocal light, med, and heavy, skybluenashville. I tried it for 14 days on a lot of things like for mastering, on busses drums, mix and on solo tracks: All I can say is WOW!!!!!

It shines so many different sources and is very versatile. It definitely has some mojo in it - you can it very smooth or hard and aggressive and its very easy to set up - a few seconds and I have the sound that I want!!

Highly recommended!!!!!!!!!!!!!! Don't try this plugin cause you'll buy it. I would put it on my bread if I could. A real beautyfier for just about anything. I have access to a major studio and they have one of these Shadow Hills comp.


One of the studios engineers and I used the real comp on a song that I'm currently tracking there. We used it mostly on synths and violin's.

Since this comp is musical it added some sweet sonic character to my tracks! I own the UAD quad card so i demoed this UAD comp at my personal studio and was amazed at how much alike they really are! So i had to buy it! Spot on UAD! Thinking of purchasing this? Stop wasting time and do it. Truly the most beneficial plug-in I've bought in a while.

Don't believe it? Are you using it across the mix bus, or for mastering specifically? Originally Posted by Matt Hepworth. About a month ago you posted saying you were a bit of a beginner with compression. I would not be looking at a complex, not to mention expensive, mastering compressor plug-in at this time. And to be honest, that's why I've never even demoed the SHC myself. I think I could do more harm to my mix with it than good. I'm a quick learner besides that, im just curious if it can improve my mixes.

I promise. Jim K http: Each of the compressor mentioned are distinctly different. I've tried them all. I personally didn't like the Slate VBC package to buy it. 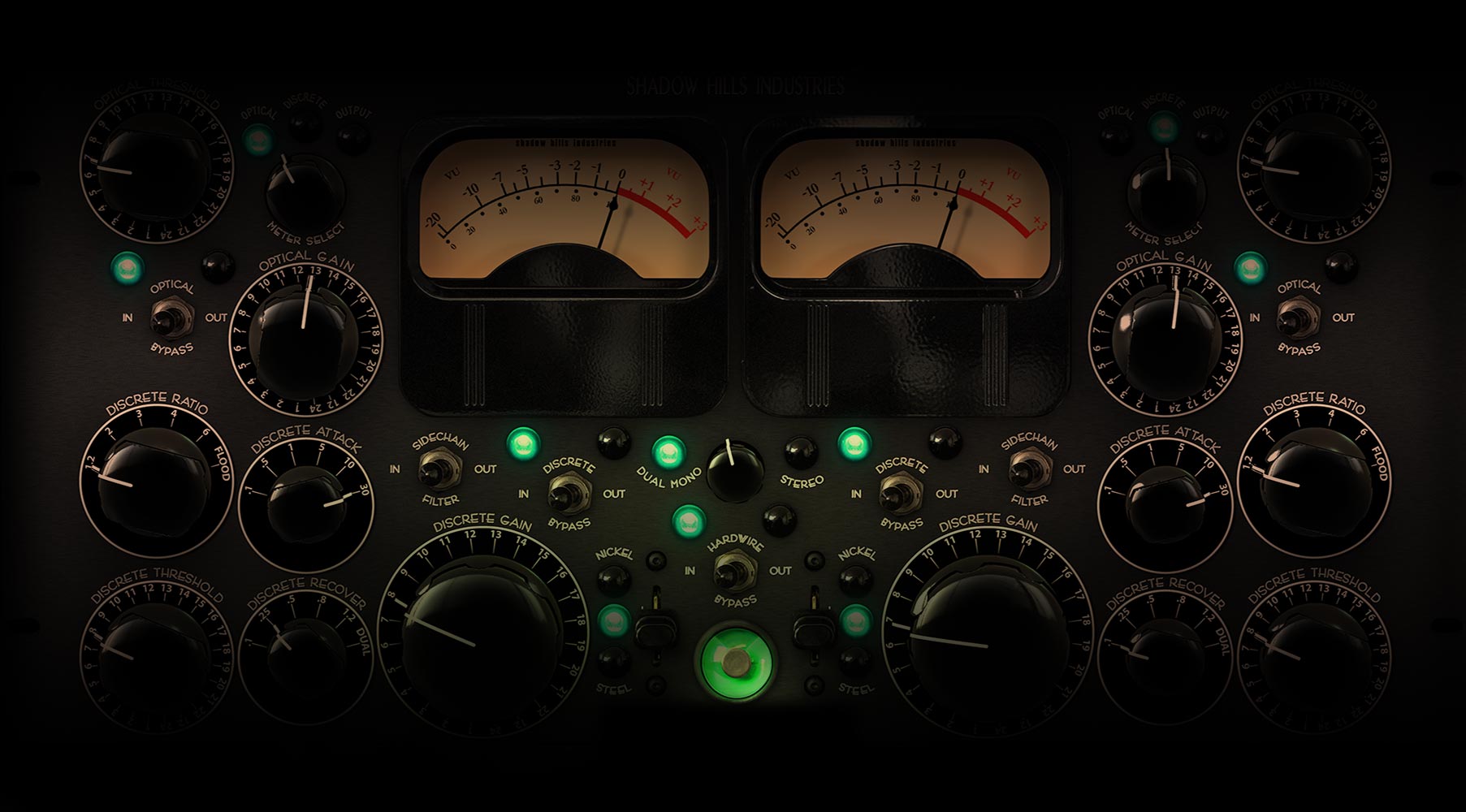 I wanted to, but it just wasn't quite there.